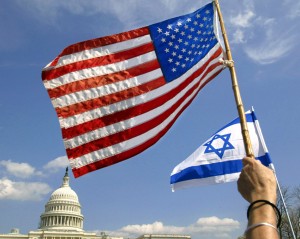 They [Jacob’s brothers] saw him [Jacob] from afar, and before he came close to them, conspired to kill him. They said to one another, here comes the dreamer! (Gen 37:18-19)

In his D’Var Torah on Shabbat Morning at the URJ Biennial, Rabbi Rick Jacobs tells us that Joseph’s brothers saw their brother only from afar, and they didn’t like what they saw. From afar American Jews and Israeli Jews appear to be increasingly foreign to each other. Despite “shared values, collective memory, and common aspirations”, Rabbi Jacobs asks, “are we at a breaking point in Diaspora-Israel Relations?” He described American Reform Judaism as “the largest movement in American Judaism . . . vibrant, inclusive, intellectually honest, and passionate. . .” He said, “Let’s stop using the label “diaspora,” in describing ourselves. Diaspora implies a center and a periphery. Let us use the term “world Jewry” instead. Today, there is more than one center of Jewish life. . . . Let’s stop thinking that Israel unilaterally sets the agenda for World Jewry. That paradigm is broken, and the time has come that we replace it with an ethos of an interdependent, mutually responsible world Jewish community with two powerful centers, North America and Israel. Let us celebrate two great centers of Jewish life bound together in shaping the destiny of the Jewish people.

In his Erev Yom Kippur Sermon, Rabbi David Freelund spoke powerfully about the relevance of our experience as American Jews for Israel. “The unique historical experience of America’s Jews is exactly what Israel needs to draw upon. The Jews of Israel are overwhelmingly from nations that have no lengthy tradition of democracy and no history of separating religion and state. Over 150 years in America have taught us a better way and we are needed now to impart that to our brothers and sisters in Israel. The very reason our people have been able to take root in America and enjoy success is the wall of separation between church and state that our founders knew was essential. We have learned that our religious faith means more when it’s free of coercion and untainted by the state.

Rabbi Freelund urged us to “get to know the IMPJ, the Israel Movement for Progressive Judaism… which is supporting all of the non-orthodox congregations in Israel. Get to know IRAC, the Israel Religious Action Center… which is fighting court cases before the Israeli High Court to guarantee freedom and pluralism. Support ARZA, the Association of Reform Zionists of America, because only when we support what we want to see will we see change. We are the world’s single biggest positive example for religious coexistence in the United States and the absence of government interference in religion. We desperately need to communicate that to our people in Israel.”