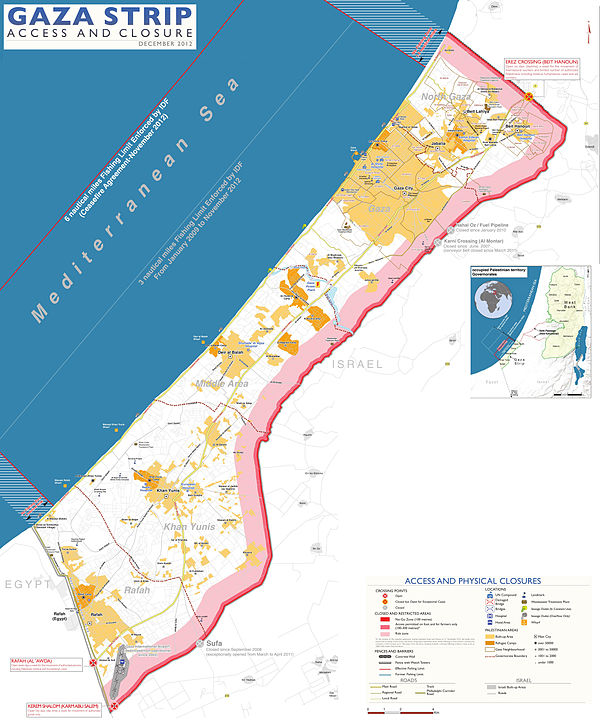 Hamas is a Palestinian fundamentalist Sunni-Islamic organization whose goal is to liberate the land of the modern state of Israel and establish an Islamic state. Hamas is a terrorist organization funded by Iran and has controlled Gaza since 2007.

Hamas’s Goal for the March of Return
In April Hamas’s leader Ismail Haniyeh declared, “Palestine and Jerusalem belong to us … we will break the walls of the blockade, remove the occupation entity, and return to all of Palestine.”

Hamas Used Women and Children to Shield Hamas’s Fighters
Hamas initiated new tactics described to the public as “peaceful protests” with civilian marches to the Israel border fence. Hamas forces were hiding behind the innocent men, women, and children who were paid to participate. Hamas forces fired at IDF personnel, hurled stones and
firebombs, and used grappling hooks to breach the fence. The protests began on April 30 and continued each Friday and were planned to culminate in 100,000 protestors on Nakba Day – May 14 – Israel Independence day.

Israel’s Efforts to Protect Its Border and Citizen’s and Minimize Innocent Casualties
Over several weeks the numbers increased to an estimated 40,000 rioters at several locations at the peak on May 14. Israel’s efforts to prevent casualties included warnings, leaflets, tear gas, water cannons, rubber bullets, and strict rules of engagement for use of lethal force. In attacks on the border at multiple sites an estimated 2,700 Gazans were injured, half reportedly from gunshots, and there were 60 deaths; both Israel and Hamas reported that the majority of dead were Hamas fighters. The IDF was successful in preventing a breech of the border and stopping Hamas infiltrators from entering Israel.

Press Coverage of the March of Return
The IDF was criticized for the large number of casualties. (If You Call the Gaza Death Toll Disproportionate, How Many Israeli’s Have to Die for the sake of Symmetry? Rabbi Eric Joffe, Haaretz, May 16). Israel made many efforts to present balanced information (Ronen Manelis, The Truth About Hamas and Israel, WSJ, May 20). “The press coverage was a major Hamas success in a war whose battlefield isn’t really Gaza but the brains of foreign audiences” (MattinFreidman, Falling for Hamas’s Split Screen Fallacy, NY Times, May 16)

In our efforts to Support Israel and the Jewish people everywhere and to pursue justice to promote peace among diverse people in our community and the world, we must look beyond simple media reports. Hamas controls Gaza and its goal is to destroy Israel. Israel must defend its borders and its citizens. Hamas bears responsibility for the humanitarian crisis and the deaths in Gaza.

The US has continued to support Israel’s right to defend itself and protect its borders. The US and Israel are working to improve Gaza’s humanitarian situation. Earlier this year the US House passed the Hamas Human Shield Prevention Act by a vote of 415-0. We should
urge the Senate to act on similar legislation.