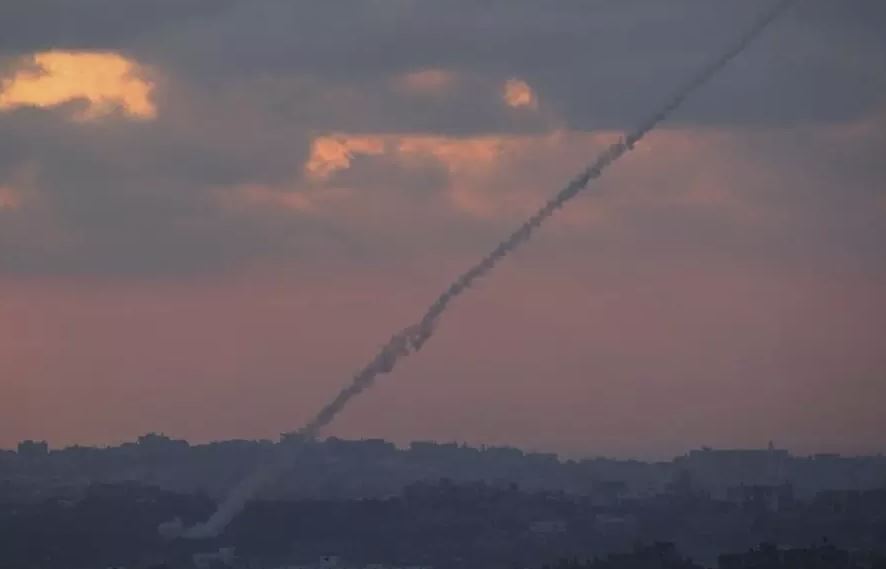 Israel Faces Growing Threats from Gaza
In addition to the serious threats on its northern border described in last month’s Chai Tides,  Israel is also facing new threats from Gaza with rocket and mortar attacks on the civilian population, incendiary kites attacking farmlands, fields and forests, and attacks by terrorists hidden among women and children on the border fence with Gaza. Though the threat from the north is the most pressing, Israel continues to face significant challenges from Hamas in the Gaza Strip, ISIS in the Sinai, and Iran’s looming nuclear program. Israel also faces other emergingthreats—such as cyber, ballistic missiles, and drones. American assistance is vital to combat these threats. The American Jewish community can take an effective central role in advocating for US support of Israel.

The Southern Front – Gaza
This summer, terrorists in Gaza fired more than 600 rockets and mortars at Israel, forcing tens of thousands to sleep in bomb shelters. Rockets struck homes, schools, and a synagogue, while the Iron Dome missile defense system downed many others. Over the last six months, Hamas and other terrorist groups have also launched hundreds of incendiary kites and balloons into Israel.These incendiary devices have sparked fires destroying more than 8,000 acres of Israeli farmland, parks, and forests. In July, a Gazan sniper shot and killed an Israeli soldier.The sniper used an armor piercing round shot from an Iranian-manufactured rifle. During summer riots on the Israel-Gaza border, Hamas cynically exploited women and children as human shields in an effort to penetrate the Israeli border and carry out terrorist attacks. Rioters opened fire and hurled firebombs at Israeli soldiers, in addition to planting IEDs.

American Jewish Community Support is Vital to Combat These Threats
This year the United States-Israel Security Assistance Authorization Act of 2018 was passed to ensure Israel has the means necessary to defend itself—by itself—against these growing threats. This legislation, described in detail in last month’s Chai Tides, provides necessary support but may not deter its enemies on the north or the south either from continuing their current military attacks alone or expanding the conflict either acting alone or together to achievetheir political or military goals. If Israel is faced with attacks on any of these fronts, Israel will be forced to respond because of the challenge of fighting on more than one front. Civilian casualties in Israel and in the civilian population of its enemies are inevitable.

The American Jewish community should be aware of these risks and the potential need to support our ally Israel by supporting Israel’s right to defend its borders and protect its civilian population should the conflict escalate.