Join us on January 22nd for The Women’s Balcony 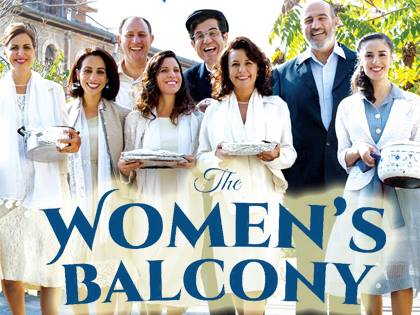 Join us on January 22, 2017 at 7:00pm.  The entire Synagogue community is invited to join Sisterhood to watch the award-winning Israeli comedy, “The Women’s Balcony”. $5 donation per person requested. Snacks and beverages will be available.

An accident during a bar mitzvah celebration leads to a gender rift in a devout Orthodox community in Jerusalem, in this rousing, good-hearted tale about women speaking truth to patriarchal power.

When the women’s balcony in an Orthodox synagogue collapses, leaving the rabbi’s wife in a coma and the rabbi in shock, the congregation falls into crisis. Charismatic young Rabbi David appears to be a savior after the accident, but slowly starts pushing his fundamentalist ways and tries to take control. This tests the women’s friendships and creates an almost Lysistrata-type rift between the community’s women and men.