The Art of Forgiveness – A multi-Synagogue Benefit – September 26, 2020 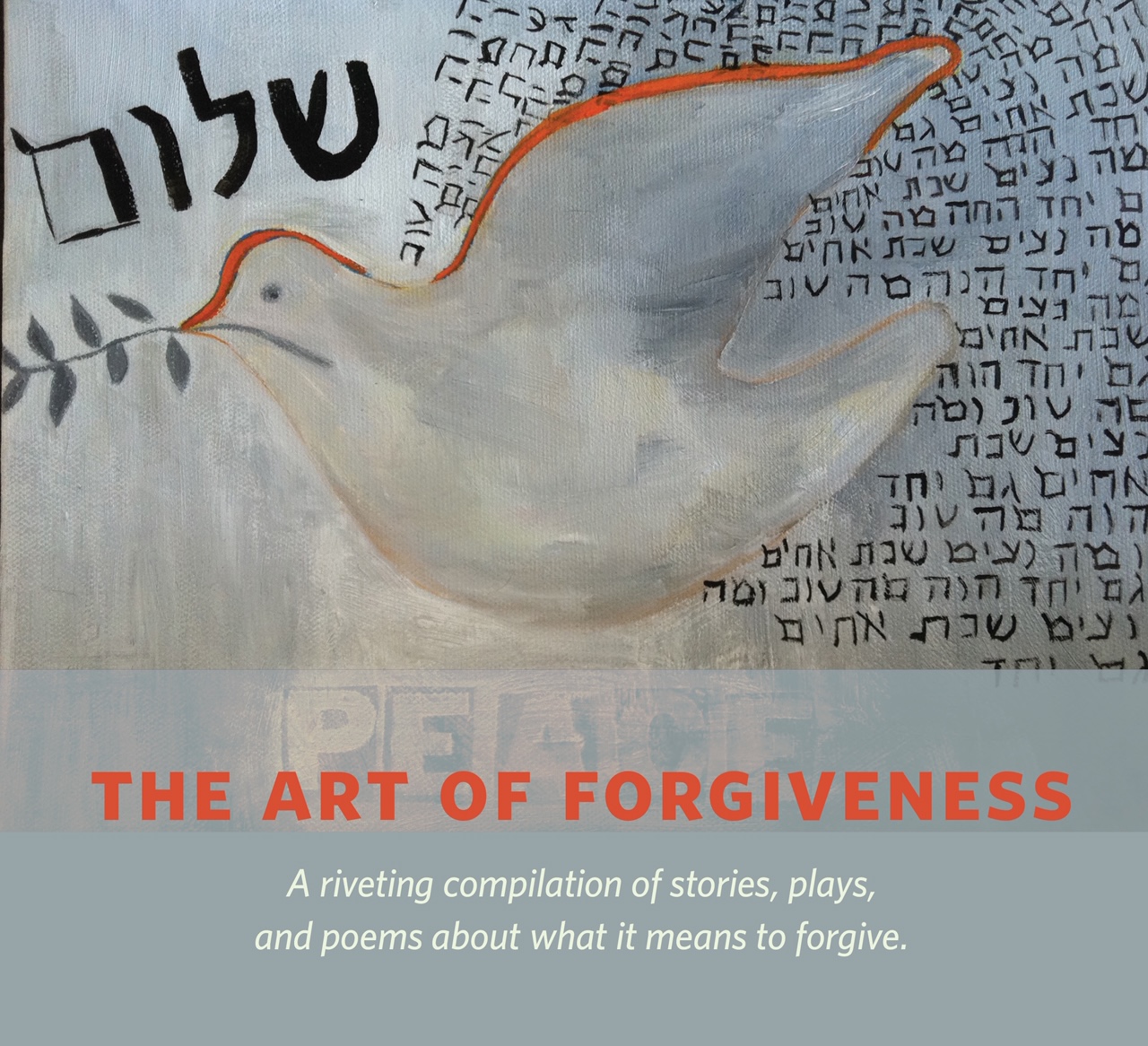 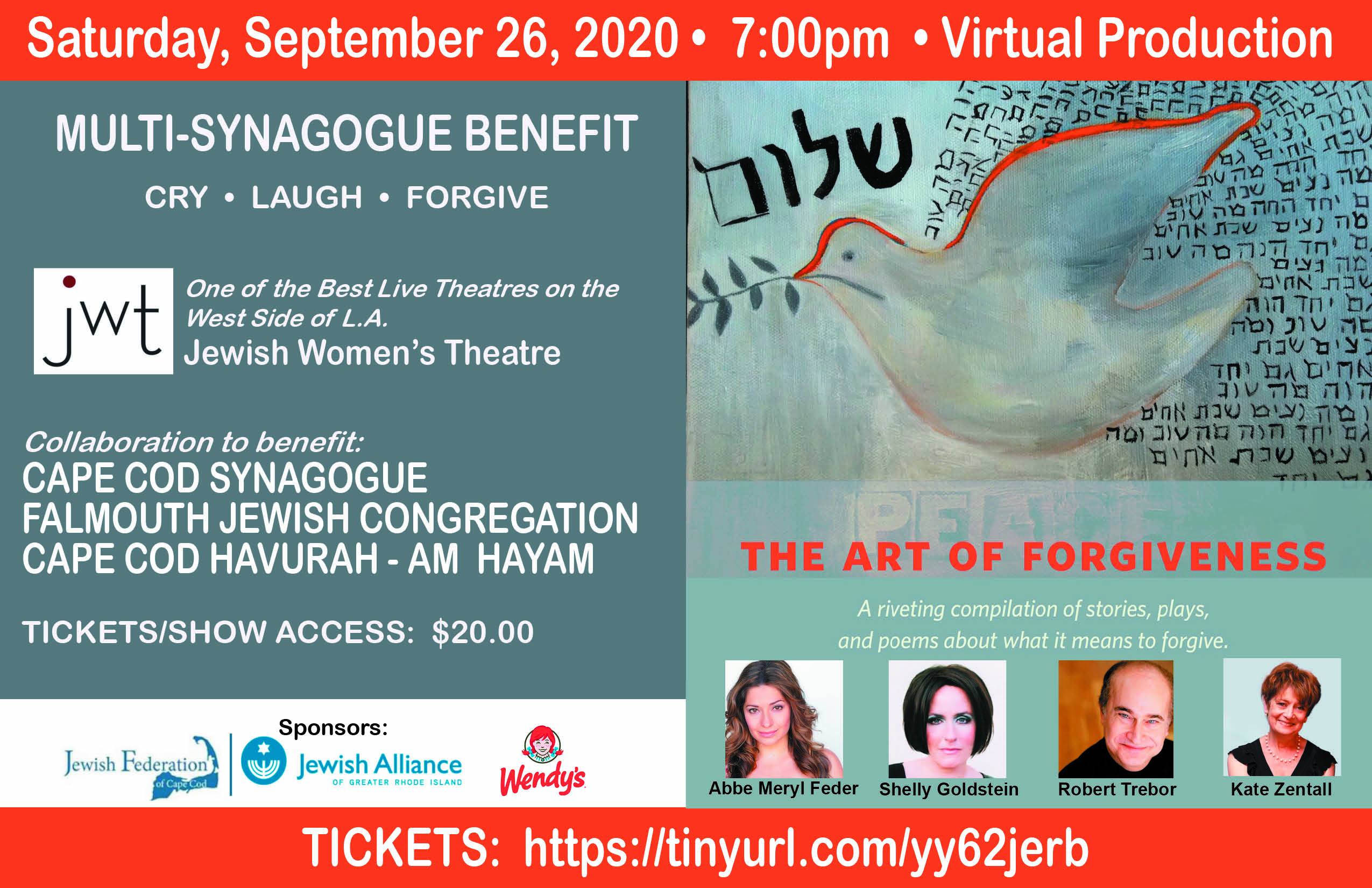 Three Jewish synagogues on Cape Cod are joining together for a multi-synagogue virtual benefit that will take place on Saturday, September 26, 2020 at 7:00pm.  Cape Cod Synagogue, Falmouth Jewish Congregation, and Cape Cod Havurah- AmHaYam are bringing “The Art of Forgiveness” to the virtual scene for their members and the general public to enjoy.

“The Art of Forgiveness” is presented by Jewish Women’s Theatre, one of the best live theatre groups on the west side of Los Angeles.  The virtual theatrical presentation is a powerful compilation of stories, plays, poems and performance art that asks what does it mean to forgive, and why is it so darn hard to do it?   Examples of what the audience will experience include a mother and daughter finally resolving their years of quiet mistrust;  an American academic on a Fulbright in Germany facing a German national who has unexpected feelings about the war; and two Ex’s get “A Gett” (a Jewish divorce) and realize they’ve released each other to their proper destinies.  Other pieces of this powerful show include a woman accidentally killing a man and finding a way to forgiveness; siblings suffering over a terrible Hanukah celebration, but will there be forgiveness?   These and more stories will make you laugh, cry and perhaps, even lead you to forgiveness.

Four cast members of the Jewish Women’s Theatre will be starring in this benefit:  Abbe Meryl Feder whose parents reside on Cape Cod; Kate Zentall who is a part-time Cape Cod resident; Shelly Goldstein and Robert Trebor.  UPDATE 9/21/20: Annie Korzen of Seinfeld and Tootsie fame has been added to this cast as well as actress Jeanette Horn.

Event sponsors, Cape Cod Jewish Federation/Jewish Alliance of Rhode Island and Wendy’s are subsidizing the full cost of the Theatre group to support the benefit.  The event date (September 26) is strategically aligned to fall between two of the Jewish High Holy Day holidays, Rosh Hashanah and Yom Kippur. Tickets for the show are $20.00 ($18.00 +$2.00 service charge).  Ticket purchasers will have an option to choose which of the three Cape Cod synagogues they wish their purchase to support.  The production will be streamed live on Zoom.

About the three Cape Cod Synagogues:

Both Cape Cod Synagogue, located in Hyannis, MA and Falmouth Jewish Congregation of Falmouth, MA are welcoming and inclusive Reform Jewish congregations with diverse membership.  Both welcome interfaith families and the LGBTQ community.