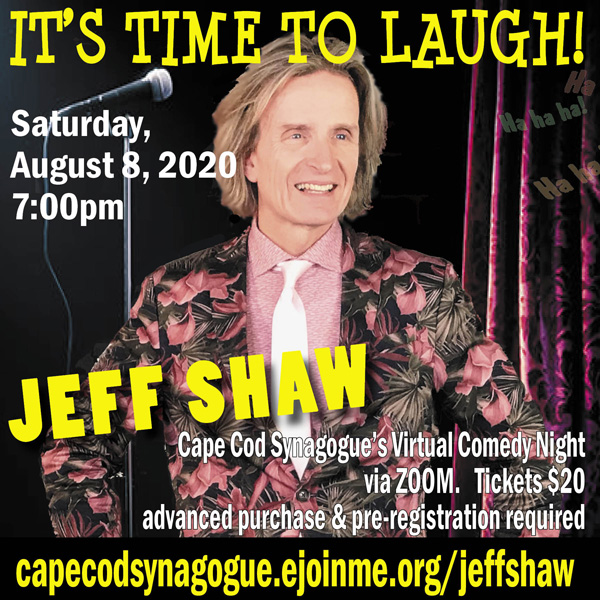 Please join us for an evening of laughs with comedian Jeff Shaw via zoom from the comfort of your home.

Jeff Shaw is a stand-up comic. His writing is marked both by idealism and humanity. His stimulating satire is often infused with a singular poetic beauty. More important, he looks like Rod Stewart.

Over the past three decades, Jeff has performed nearly 9,000 shows across North America and the Caribbean, including a residency in Las Vegas. In 2009, Jeff helped launch the Punchliner Comedy Club chain for Carnival Cruise Lines.

He has been featured on Comedy Central, America’s Got Talent, and SiriusXM Radio.