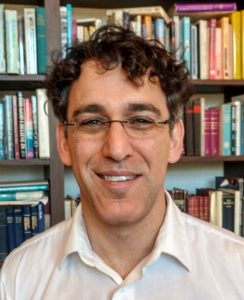 Rabbi David Freelund came to the Cape Cod Synagogue in July of 2005.  Rabbi Freelund has brought a spirit of peace, joy, and positive energy to Cape Cod’s first Synagogue.  Under his leadership, the Cape Cod Synagogue has grown in new directions, deepening the cultural, musical, and spiritual connections of the community.  Rabbi Freelund has been involved in the larger Cape community and currently serves on the Leadership Council of the Cape Cod Interfaith Coalition. Prior to his position here, Rabbi Freelund served Temple Emanu-El of Tucson, AZ as Director of Education and Associate Rabbi from 2001 to 2005.

​ In 2001 Rabbi Freelund earned an MA in Hebrew Letters at Hebrew Union College -Jewish Institute of Religion. His training in Cincinnati included a focus on theology and philosophy, culminating with a thesis on Job and modern understandings of God’s justice in the world.  During his time at HUC-JIR, Rabbi Freelund served congregations in Indiana, Michigan, and Oklahoma.

​Rabbi Freelund pursued undergraduate studies at the University of Virginia, where he earned a BA in Religious Studies in 1994, with concentrations in Judaism and Buddhism.  While in Charlottesville, he also cut his culinary chops at Northern Exposure, working in the restaurant while finishing his studies.  While at Virginia, he met his wife Bettina, who earned a PhD in German Literature from the University of Virginia.  The Rabbi and Bettina have three children, Rafael, Eliana, and Talia. 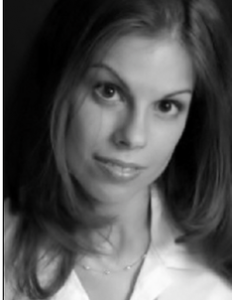 ​Between her educational pursuits, Jen gained exposure in the secular world, entertaining at Pat O’Brien’s piano bar in New Orleans, LA., and traveling the world performing for several months each in Ireland, Sweden, Norway, Japan, and Germany, Additionally, she was selected on three occasions by the Boston Red Sox to perform the Star Spangled Banner at Fenway Park. She was also chosen by the New England Revolution and by UMASS to perform the Anthem at numerous soccer, basketball and baseball games.

​Jennifer has served as a Cantorial Soloist for a number of religious institutions, including Temple Chayai Shalom in Easton, MA, Brandeis University Hillel, UMASS/Amherst Hillel, and teaches music at a number of synagogues. She has been the Cantorial Soloist at the Cape Cod Synagogue since September, 2008. Jennifer met her husband, Guy, in 2004. They were married in his native Israel in 2006, and have two children, Brie and Nathaniel. 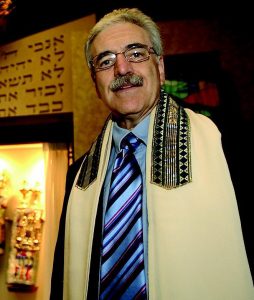 Cantor Bruce Malin was born in New York City.  Cantor Malin attended Ithaca College and then Hebrew Union College – Jewish Institute of Religion in New York where he was ordained as Cantor in 1973.

Cantor Malin has served as Cantor/Educator and then Cantor and Music Director at The Cape Cod Synagogue for 29 years and is now Cantor-Emeritus.  Due to his love of children and teaching, Cantor Malin continues to teach in the Hebrew School of the Synagogue and helps with B’nei Mitzvah tutoring.  He holds an Honorary Degree of Doctor of Music and has been President of the Barnstable Clergy Association, and a long-time chair of the Interfaith Committee of the Council of Churches of Cape Cod.

Upon his retirement from the pulpit, Cantor Malin established the Cantor Bruce Malin Music Fund for music and arts performances each year.  Cantor Malin has achieved three units of Clinical Pastoral Counseling Education and is the chaplain for the Jewish Federation of Cape Cod, and Spaulding Hospitals.  He also is the spiritual leader of the Jewish Community of Linden Ponds.

Cantor Malin is married to the former Deborah Warshaw of Newton and has two children, Alexandra and Jared.​ 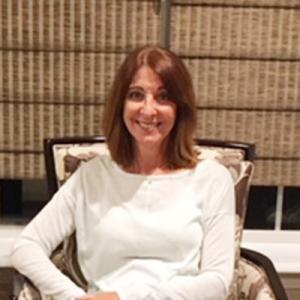 Sue is a 1983 graduate of Syracuse University, School of Management. Following graduation, she worked in retail as well as the garment industry in NYC before relocating to Florida with her family. It was in South Florida where her children attended Judaic preschool at Temple Beth Am in Margate, that Sue decided to change career paths and became a preschool educator.

Sue received a Certificate in Jewish Early Childhood Education from Gratz College along with her Childhood Development Associate Credential. She spent many years teaching at the preschool and religious school at Congregation Kol Emet in Yardley, PA. Sue also served as the Director of Kamp Kol Emet before relocating to Cape Cod in 2012. She had been the Regional Director of a Head Start program here on the Cape and Wareham, MA. Sue holds a Teaching and Director Credential with MA Department of Early Education and Care. She is a member of the National Association for the Education of Young Children and continually receives certifications in behavior management, responsive environments, leadership and training as well as child assessment and quality enhancement.