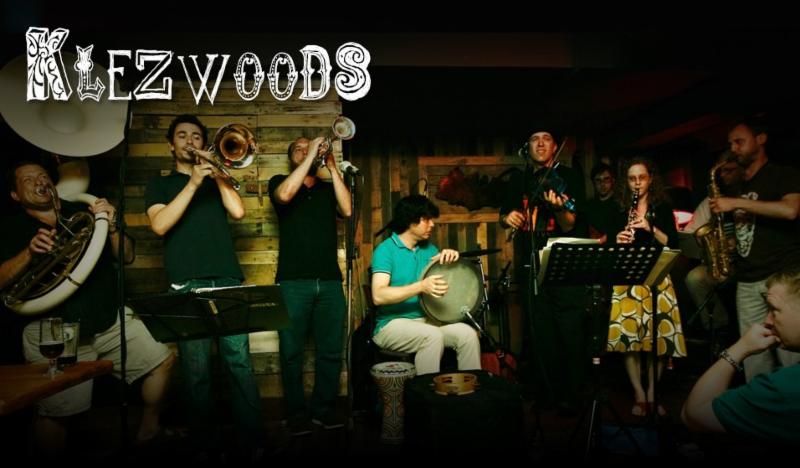 The Cantor Bruce Malin Music Fund Presents the Triumphant Return of : KLEZWOODS
Sunday, August 18th, 2:00 P.M.
at the Cape Cod Synagogue
145 Winter Street, Hyannis, MA
Tickets are available at the Synagogue Office. 508-775-2988
Adults: $15.00, Couples: $25.00, Seniors & Children: $12.50
Klezwoods is a Boston-based amalgam of strings, horns, and percussion that melds the spirit of traditional klezmer and balkan music with modern grooves, improvisation and east coast attitude with modern grooves, improvisation and east coast attitude.
What people are saying about Klezwoods:
“ The klezmer crowd will love this, as will anyone with a fondness for the dark, otherworldly singalong melodies and tricky rhythms of Eastern Europe.”- LucidCulture.com
“ Klezwoods draws its influences and tunes from across cultural, religious and political borders to create “Oy Yeah!” It’s an eclectic, energetic and happy album that demonstrates music’s power to lift the spirits.” – All About Jazz
“Their new album, [The 30th Meridian] is as informed as much by jazz as it is by any other style, including wildly successful diversions into Macedonian, Serbian, Egyptian, Greek and Jamaican music.” Delarue, New York Music Daily